Recently, I had a client into my office that had been dating a man for MANY years. In fact, she had spent most of her fertile years with him in what she thought was a "committed" relationship. She had never wanted to be bothered with children, so it was not an issue that he did not want any or that now that was not an option for her. I told her that her "committed man" of MANY years was soon to tell her that he was "moving on." She did not believe me, and wanted him to give her a "commitment ring." Not an engagement ring, but a "commitment ring." On our next appointment she confessed that indeed I had been right. What she found out was that Mr. committed was moving away to a different state and back with an old girlfriend. What my client now wanted to know was, "were we meant to be together, and will he be back?" I told her that he might come back every now and again for physical fulfillment, but not the emotional "commitment" that she was seeking. I asked her pointedly, and many of you know me well enough to know that I don't parse my words, to please define "commitment" for me in her world. She told me that it didn't include marriage in the traditional sense, but that she was looking for someone who loved her enough to stay with her for life. It would be o.k., but not necessary, for them to live together. She did not want to mingle finances. He had to have no children or grown children that she did not need to bother with all that much, and would need to like to travel with her.
I asked her what the "glue" was that was supposed to hold this utopian relationship together? She answered: "Love." I told her that in the twenty-five plus years that I have been reading for people, I have yet to see this type of arrangement between two people that did not end in someone "walking away" at some point or another because someone better had come along to be committed to! I know that seems sad, but it is true. In today's society, it seems that we want what we want with no commitments to another. Nothing to lose if we walk away if someone gets old, or sick, or frail. No money spent that is ours on another, no problems of theirs will stick to us. How sad we have become, and how shallow to believe that "love is all you need."
I am writing this today because I see plenty of selfishness in our society today, and I believe that it will be our undoing. Looking out for one's fellow man is no longer in vogue, not even if you are in a "committed relationship." When I suggested that when a person commitments their worldly goods and pledges thru marriage to "work it out" my client had plenty of ammunition to shoot down my theory on marriage. She had slept with many an unhappily "married man" and was mystified as to why they did not leave such horrific relationships. The answer was simple: They had "skin in the game" - "something to lose." They had to at least stop and think about the prior commitments that they had made. My client answered that she did not want someone staying with her because of money, or property. True, but then what constitutes commitment in our society today? Have we lost our sense of duty to God, country, and family? What do you think? What does commitment mean to you? Do you treat your spouse with the same care as you did when you were dating him/her? Maybe it is time to "try harder." Set the bar "higher" and get some integrity in our dating and relationships? I am just reporting as the Psychic. If Love is the Beginning, Commitment should be the end. My advice, look for someone who would hold your hand in a nursing home, and feed you soup if need be. I watched a husband do that for his wife the other day while visiting an old friend. Now that in my mind is COMMITMENT!
Posted by Karen Hollis at 10:48 AM 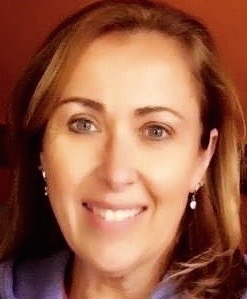